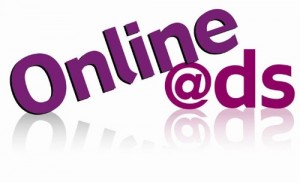 Last year I wrote about Digital Research’s findings that “advertisers will be spending a total of $106 billion every year on online ads alone by 2016”. While the staggering figure itself would convince almost anyone to continue with their own websites, blogs, and other online publications, in hopes of getting even just the tiniest fraction of the revenue that can be generated from these online ads, the truth is that many websites will still miss out on the profit scheme due to several reasons.

For one, it’s pretty obvious that online advertisers will be spending most of their money on placing ads via big online publications such as major social sites (i.e. Facebook), big name online publications (i.e. CNN.com), and the most popular blogs (i.e. Perez Hilton). No matter which way you look at it, a small start up blog is unlikely to get the attention of big advertisers when the big bucks come rolling out of their pockets.

Because of this, what smaller relatively unknown sites should do at this point is to maximize their ad revenue potential by:

The profit from ads will not go away. If anything, as people shy away from paying for online services, the paid ad model will just increase in popularity. Position yourself early on and learn more about the different ways you can earn from these ads.