So Apple had their little event today and released some new stuff. As usual, the web was buzzing about it, but most found the end result fairly lack-luster. They released an updated iPod nano which looks, unsurprisingly enough, like the leaks we have long seen. 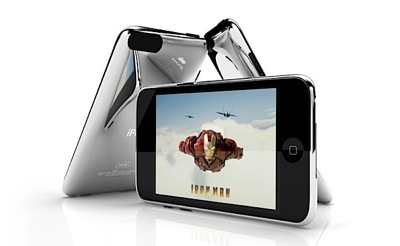 The big news for me was the iPod touch, as I have been wanting one for a while, and had decided to wait to see what came of this event. This is the second generation iPod Touch, or 2G as most call it.

First, they made the new iPod touch thinner, which is always nice for any device that is portable. I almost wish though that they had kept it the same width, and used the room for a bigger battery and added in the same digital camera that the iPhone has.

They also added hardware based volume controls, which is really nice as that reduces the need to touch the screen, helping keep it clean, and using what is probably a fair bit less resources. Another interesting addition is a speaker, which while it won’t please audiophiles, it should do me just fine when trying to quickly hear some video or audio on the go, especially since I really dislike headphones, and always have.

Then Apple did some of the normal things that they do in tweaking the user interface, adding some new software, and adding a new “feature” that they hope everyone will be excited about in iTunes Genius, a recommendation engine. I wasn’t too impressed with it, but I can’t complain about them doing such things.

The big news for me was the pricing. It has been a long held rumour that Apple would drop the iPod Prices and they did, but not as much as people speculated. Some people thought that the real announced price would be even lower than the rumoured pricing, thus shocking the world, but that didn’t happen. The 8GB iPod touch is now $229 US ($259 Can), which is about a $50 price drop. It isn’t the $199 that many people assumed, but any price drop is better than none, I suppose.

I was really hopeful that they would add bluetooth to the iPod touch as that would allow me to buy a bluetooth keyboard, and make the iPod touch my portable blogging platform of choice, but alas, that doesn’t look like it made the cut. That means the on screen keyboard is still the only interface I will have for data entry, and it isn’t one that I enjoy using.

Still, when all is said and done, I had previously asked for donations to purchase the iPod touch, and so I have taken the leap. I ordered the 8GB as soon as the store went live again, and I am looking forward to reporting on its usefulness in helping me keep organized with my blogging work, keeping on top of my e-mail, and as a blogging platform for getting content ready while on the go.

It would have been nice if it was $60 cheaper, as I would have then been able to buy a case for it, but my friend, Tom Leroux, made mention of the fact that one could easily make a sock for the iPod, and that his wife made him one from denim that looks great.

While I am not really much for sewing, I know I could quickly and easily whip up a small sock for my own once it gets here, and that should be more than adequate for now.

Thanks again to everyone listed below for their help in reaching my goal of getting an iPod touch. Please know that my wife despises all of you for continuing to feed my geeky side.