So, as you might have noticed in my previous post, I realized that Alexa is shifting its rankings and blogs in the Make Money Online scene seem to be getting hurt pretty hard.

I am not sure where Alexa is getting their new statistics and information that they are using to create their rankings, but it isn’t friendly to my niche.

I took a quick look at the top five blogs from the Top 50 list of Make Money Online Blogs I compiled, and all of them show huge drops in their Alexa rankings since the start of the year. 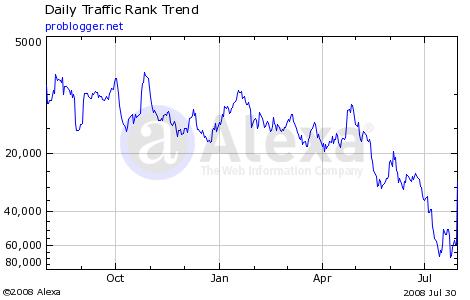 Darren works hard on Problogger, and I doubt over the last half a year that his blog could have dropped so far in rankings compared to other blogs. I would actually hazard a guess that his blog actually continues to grow in traffic, links, and other support, so why is his ranking dwindling away?

It is still fairly high compared to most sites, but the drop is very apparent.

Here are the other four top blogs in the top fifty list, and as you can plainly see, all of them have experienced a similar drop. 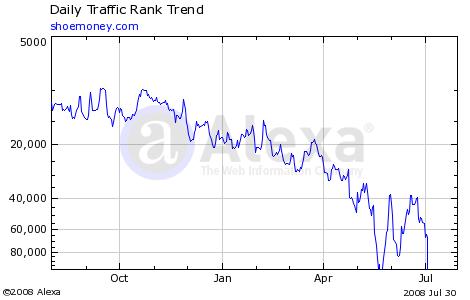 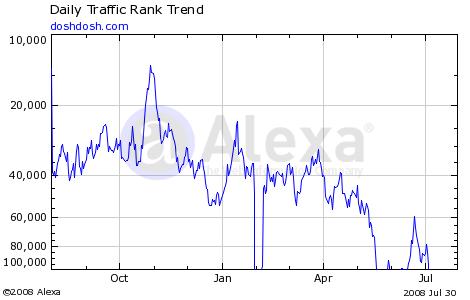 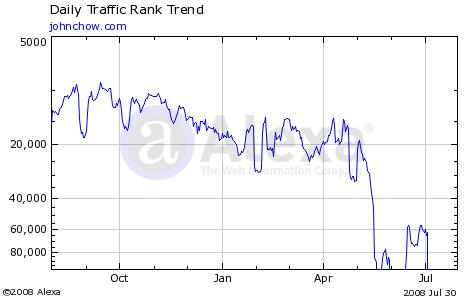 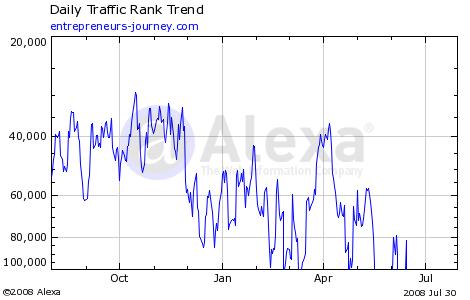 Not all of them seem to be effected in exactly the same way, but all of them have experienced a large drop. Some blogs have dropped faster, and harder than others, and I can’t really see any rhyme or reason for the drop. If they were all exactly the same, at the same time, then I could understand that it was just an overall shift in how Alexa compiles their rankings, but I have to conclude that their data sources are effecting their calculations in what almost appears to me an unfair way.

This blog is not safe from the drop either, as my Alexa rank has been sinking as well, despite my best efforts to find ways to attract unique visitors, and even more so, visitors that would be using the Alexa Toolbar, in hopes if it boosting my rank.

Why Does This Matter?

This wouldn’t normally be a concern for most bloggers, and I can see some people reading this post and putting on their hater pants. “Alexa is irrelevant, every idiot knows that,” they might say, but the fact of the matter is that certain sites use Alexa ranking to determine position, including PerformancingAds, where sites are listed in order of best to worst Alexa rank, and I have no doubt that those with higher visible rankings will secure more advertising than those that are lower down the page.

It is also taken into consideration when compiling things like my top 50 list of make money online blogs, as I compile the list from the 45n5.com/top100 list, which places sites based on Google PageRank, Technorati Ranking and Alexa Ranking.