Most people think they are in total control of their spending until they find themselves face to face with advertisements. You know, those subtle or even obvious persuasive arguments of why you simply have to buy this product and that? Yes, those messages that say that your life has less meaning and joy without the products and services they advertise. Even if you are not particularly fond of shopping, sooner or later there will be one advertisement that will weaken your resolve not to buy because someone says it is a good idea. This is especially so if there is a credit card tucked somewhere in your wallet which represents purchasing power. 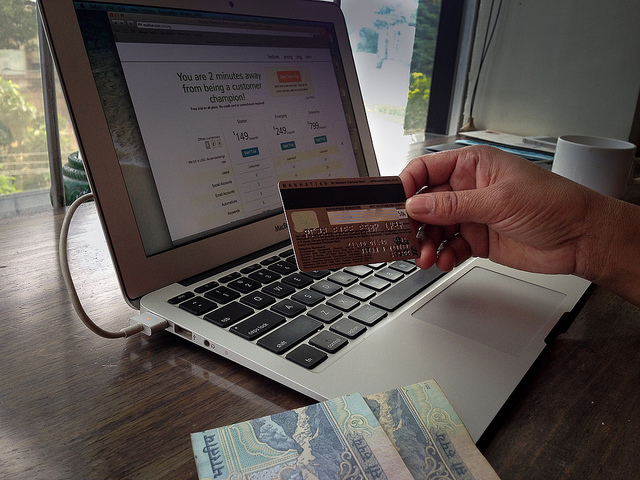 The Influence of Advertising

The very reason why advertising exists is because it actually works. Whether positive or negative publicity, the interest generated by advertisements can still work both ways. There are some areas however where people would rather be safe about thus positive promotion almost always works. These would include food, family products, and financial products, to name a few. You wouldn’t want a credit card that comes with high interest rates and excessive fees for example, would you?

If you will rely on advertisements alone, you might just make the wrong choice. Advertisements, especially for products that need to project a positive image, will always put the product’s best foot forward. This is the reason why choices should go beyond what is readily seen through advertising. In the case of credit cards, you can always compare the features of credit cards that caught your attention before applying for one. Chris Mettler of Comparecards.com says: ” The information we need to make sound choices is out there online, we just need to use it.”. The same principle applies to the other decisions we need to make when faced with a barrage of advertisements representing possible choices.

Because advertisements are made to sell a product or service, they are also made to create a need for them in consumers. There are only two reasons why people buy something. It is either they need it or they want it. Buying because of a need tends to justify the purchase and that is why most advertisements appeal to this side of consumers. Buying a “want” can appear very selfish thus advertisers usually have to convince consumers that their products and services are necessary. Other advertisements create the feeling of “being  entitled” . Most of us would like to believe that advertisements do not influence our decisions but we have to be aware that the most effective advertisements are those that made us feel we arrived at the decision by ourselves.