A little while back someone said to me that blogging is a “man’s game”, and with people like John Chow, Darren Rowse and many other guys sitting in the upper echelons of blogging celebrity, at first I had to agree with her. I told her that the sex of the blogger had nothing to do with how successful or unsuccessful a blogger might be.

I then made it my mission to compile a list of some absolutely amazing women in blogging. Some of the following ladies blog for themselves, others blog for a network, and a few even run their own blog network. All in all, there are some amazingly talented women making their mark on the blogosphere.

While I may have numbered all of the following amazing ladies, this list is not in any order.

As managing editor of Lifehacker, Gina Trapani, is an inspiration to me. Lifehacker is a Gawker Media blog on productivity and lifestyle tips and tricks. She also writes on her own blog at GinaTrapani.com. Her writing has appeared in such publications as WIRED and Popular Science.

Arianna is a published author, and the co-founder and editor of the Huffington Post, a well known political blog. The Huffington Post is said to be well financed, and is currently one of the top ten blogs in the world according to Technorati.

Mena Trott is the Co-Founder and President of Six Apart, a well known company responsible for MovableType, TypePad, and Vox. She has been involved in blogging since early 2001, and regularly speaks at conferences.

Best known for being fired from her job for the things she wrote on her blog, Heather has become a celebrity online. The term “dooced”, named after her blog Dooce.com, now means to be fired for blogging and has continued to permeate the blogosphere. Heather continues to write honestly, and exposes deeply personal facets of her lifestyle. Heather has been so influential that many blogs created after have definitely been inspired by her design and writing style.

Shai Coggins is the Vice President and co-owner of one of the largest blog networks, b5media. She is also a talented blogger in her own right, as well as a published author, podcaster, with a Masters Degree in Applied Psychology. She keeps up her own blog ShaiCoggins.com, as well as writing in a variety of other places. 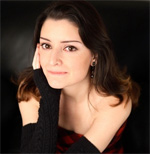 Elizabeth Spiers was the founding editor of Gawker.com, a very interesting, and well known New York gossip blog. She was well known for her style of writing, and has been copied by many other bloggers hoping to see similar success with snarkiness, a little profanity, and tons of enthusiasm.

Every time she works on a blog, it becomes huge online.

Co-founder of Sugar Publishing, Lisa Sugar is growing more well known online as time progresses. In April of 2006, she helped start the PopSugar, one of the biggest celebrity gossip sites that is the flagship site of the blog network. 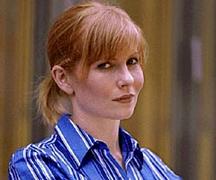 Ana Marie Cox was the founding editor of Wonkette, the popular Washington D.C. political gossip blog. She was also an editor at Suck.com, and has written for Time magazine.

She had a witty and sarcastic style, and was well known for it. She was Wonkette.

She is also a great speaker, and has worked exceptionally hard to build her network out from its smaller beginnings, into a very noticeable presence. 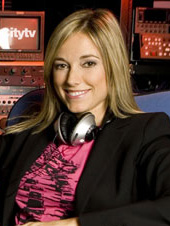 Amber MacArthur has done it all, from blogging, to video blogging, to working on technology shows, and involving herself in many conferences. She currently works for CityTV in Canada, while also producing a video podcast series CommandN.

Her youthfulness, passion and excitement draw a crowd around her, and she’s not just a pretty face, understanding the in’s and out’s of technology, the web, and video much better than anyone I know.

Molly E. Holzschlag, wrote her own blurb better than I ever could. She is a well-known Web standards advocate, instructor, and author. She is Group Lead for the Web Standards Project (WaSP) and an invited expert to the HTML and GEO working groups at the World Wide Web Consortium (W3C).

She is an amazing web designer and blogger. Her blog is a testament to that. Heck, a recent post has her talking to Bill Gates about Internet Explorer 8. 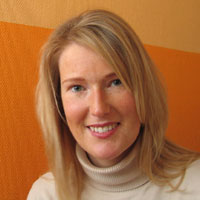 Veerle Pieters lives in Belgium, the country my wife was born in, but that isn’t what makes her special. The fact that she is the CEO of Duoh, a design company that has seen her work on Netvibes, Google’s Blogger, among other amazing sites really sets her apart.

Her blog covers design, coding, web standards, and is just amazing. Her personality stands out in her design and her writing.

Sarah Perez isn’t widely known for her day job, an I.T. Engineer, but instead for her amazing technology related blog. Her writing is concise and interesting, and she always seems to be on top of the pulse of the industry. Her site reminds me of a less sensational TechCrunch, mixed with Engadget. Always a good read, and definitely worthy of a spot on this list.

Lorelle VanFossen and I work together on the Blog Herald, but its her own blog on WordPress.com’s hosted solution that draws in her astounding audience. She continually keeps everyone in the loop about what is going on with the popular WordPress blogging tools, and gives tips, tricks and advice to further your blog. What does she ask in return? Not a thing.

Liz Strauss must have named her blog Successful Blog to remind her of her own successes. A talented blogger, and a great friend Liz is an amazing resource and communicator, both on and off her blog. She continually doles out awards to bloggers that she considers Successful and Outstanding, calling them S.O.B.’s. She also opens up her comments area for conversation with her open mic night posts. Liz knows all about creating powerful friendships online.

I know I have barely even scraped the surface of all the wonderful talent expressed in the blogosphere coming from the mind, heart and spirt of a woman. If you know of any amazing women in blogging that I have missed, please feel free to add them to the comments. If you are someone I missed, I want want to apologize now, as I couldn’t add everyone to the list, and again, this is by no means a comprehensive list.