For instance, if you do things like embrace the idea of video conferences, learn to be virtually conversational, always keep your audience preferences in mind, maintain a balance of listening is aching in the virtual realm, and make it a point not to forget about the importance of attention span, then you will have a lot of online advantages without a whole lot of effort initially. END_OF_DOCUMENT_TOKEN_TO_BE_REPLACED 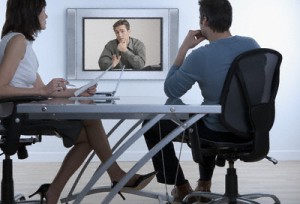 On the web today, professionals, small business owners and companies passionate about teaching people on how to do things whether in real life or on the internet can use various free online tools. They can create a blog, slideshows or they can also create a video, a podcast or even a webinar.

While videos posted on YouTube and other video sharing sites are popular these days and a good avenue to do tutorials, a more formal option is to hold a webinar. Free and paid systems are available but it’s essential to choose one that can meet your needs. It’s best to learn first about the providers available at www.bestwebinar.com.

The major benefit of a webinar is it allows real time interaction between the presenter and his audience during a specific schedule and attendees can discuss many issues during the live presentation.

For teachers and professionals wanting to reach out to their students and potential clients, the webinar system can become their virtual classroom or training platform. It enables them to connect with people in different places around the world at little or no cost at all. Additionally, this online tool allows them to share their knowledge and skills over the internet. END_OF_DOCUMENT_TOKEN_TO_BE_REPLACED

Check out Branding David for the index on the nextMEDIA posts for the event. I have written up many session highlights that could be very useful and informative for those interested in making money online.

Grabbing my sandwich lunch just before everyone else, I then started to charge up my laptop. I took out my iPod Touch, and found out that I had wireless Internet access available. It wasn’t a strong signal, nor was it fast, but it allowed me to check my e-mail and post some stories. Of course, this lead everyone to come over to where I was and start using the wireless.

Jenn Lowther was the one that stuck with me the longest and used my laptop as a way to charge up her quickly dying iPhone. She works as a social media strategist for invoke and was probably my best conversation thus far.

She also let me know that Northern Voice is definitely on again this year, as I had previous doubts about that conference. I am not yet sure how or if I will be able to attend Northern Voice, as it is held in beautiful British Columbia, which is on the other side of the country. They have done a refresh of the website, and it looks very nice, and so I can’t wait to see it launch, which Jenn said should be any hour or day now.

END_OF_DOCUMENT_TOKEN_TO_BE_REPLACED

Before the event even started, nextMEDIA was suffering a few issues. The venue that they had chosen, CiRCA, a club, wasn’t ideally suited to the event. While being very beautiful and stylistic, it was also dark, a little cramped, strangely laid out, and the seats were the fold-out kind. Despite the little bit of padding the seats include, I highly doubt people will be enjoying them by the end of the day.

There are a limited number of couches though for those that are unable to take the discomfort any longer, but those are placed far from optimal viewing angles of the stage, and part of the experience is always to be able to see the slides and presentations that these companies put together.

Not only that, but there was an even bigger issue that really aggravated me: there was no open wireless Internet connection. There is a wireless connection available, but it was locked down and only staff for the event seemed to be permitted to use it.

This frustrated more than just myself, as a new media event, with speeches on social networking, and monetizing digital media, many people assumed that there would be access for them to use. How could they invite new media specialists, bloggers and more, and not have any open wireless Internet for us to use? Very strange.

Worse still, because of the thick concrete and brick walls, we are unable to connect to Toronto’s city wide wireless network which, while costing money, would have still been an alternative to use.

They did provide two small laptops hooked into wired Internet connections as an Internet station, but placed large signs limiting us to a maximum of fifteen minutes at a time.

One other thing to note is that they didn’t seem to have the same kind of exhibitor booth space that they had last year, and so there most likely won’t be any cool displays of new technology. The two companies that I saw were Casale Media, an advertisement agency, and a local school of arts and design. Both are interesting, though somewhat uninspired choices.

The breakfast provided was nice though, with a wide assortment of drinks, and snacks. I have to commend them on that aspect. Also, all of the staff at the event seems to be well trained, very friendly, and efficient. Which for events as complicated as this one seems to be, is key.

Will nextMEDIA turn out to be an event to remember thanks to some great presentations, or will it end up being a flop worth forgetting? As we wait for the delayed opening speech, I am very concerned.

For more information on the nextMEDIA conference, and every post I am making regarding the event, please check out BrandingDavid.com.

After our messages, people started using the same tag for their Twitters, and other things, until we got to the event, and the organizers let us know that the hash tag should be #wct08. Despite this set back, I continued to push out as many tweets as possible under the one my cousin had created, and when Joseph Thornley took the stage, it only got more complicated as he announced that the hash tag for the event should be #wpto08. We then had three event tags on Twitter, for a single event. It was safe to say that many people were confused, and slightly annoyed.

Questions started circulating if people should just add two or all three tags to their Twitters so that they are easy to find. No one wanted their tweets to be ignored for the event, especially as it was a great bulletin board of communication.

Over time, thanks to my constant messaging on Twitter, and my work at converting others, the #wcto08 hash tag showed up on the trending list, as an event tag that was being used fairly often. The other tags not getting a mention at all, and so over the course of Saturday, messages went out with the #wcto08 tag at a rate of ten to every one message that included the “official” #wct08 tag.

The second day began with the same confusion, as it was stated at the start of the day that we should be using the #wct08 hash tag on Twitter, and ideally on all sites we post WordCamp Toronto content on. It then became apparent that, while we still had many supporters, the #wct08 hash tag might win the day. It quickly appeared on Twitter’s Trending list, and over the course of the day the two fought out for their spot.

Interestingly enough though, my cousin, a few others, and myself continued to use the tag that Mark had come up with, and we were the heavier Twitter users, so by the end of the second, and final day, I think we had created enough messages that the #wcto08 tag was pushed out at around a rate of three or four messages to every one that was tagged as #wct08.

I know this all seems silly, but the issue could have been fixed quite easily. Since the #wcto08 tag was trending higher, and faster, the organizers, instead of sticking to their guns, could have adapted and promoted the more popular tag, so that people didn’t feel the need to tag their messages with both hash tags for the event.

Next time though, I think the tag for the event will be chosen much earlier to avoid such confusion, but for histories sake, I want to say again that my cousin, Mark Wood, selected the Twitter hash tag that became more popular than the official one, at WordCamp Toronto 2008.